How to Choose a Mechanical Keyboard Switch In 2022 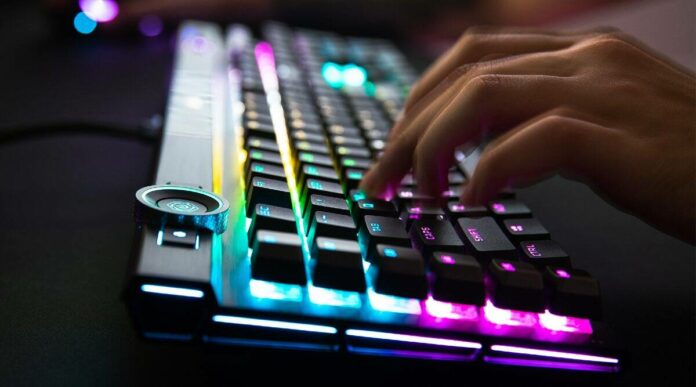 Mechanical keyboard is a fantastic tool, especially if you type a lot during the day, as we do. Nothing compares to the tactile feel and sound of a decent keyboard, so if you’re coming from a two-dimensional laptop keyboard, be ready to be amazed.

Moving to a mechanical keyboard is simple since having a good set of keys to press is always worthwhile, whether you’re a gamer or a writer. However, there are still a lot of choices to be made once you’ve made the decision to invest.

Some people are really into mechanical keyboard, to the point where they have inside jokes, jargon, and credit cards that are maxed out. It might be scary for the rest of us to begin. Don’t worry; we’re here to assist you with one of the most crucial decisions a beginner to a mechanical keyboard must make: which switch to select.

In the simplest terms, when you press a key on your keyboard, a switch is triggered, informing your computer of what you’ve done by sending a signal. Mechanical keyboards are frequently offered with a number of alternatives to meet the preferences of various users since different switch types have distinct sensations for them.

Ideally, you should test a few switches in person to get a sense of how they operate. If you’re fortunate enough to reside close to a retailer of gaming accessories, they may have some available for you to test out. A switch tester, which is simply a mock keyboard with a selection of switches for you to try out, is an alternative that you may consider purchasing.

The most prevalent form of switch found on gaming keyboards is called linear, and it normally requires the same amount of pressure all the way down. You won’t be able to feel where the switch activates since it happens somewhere along the key’s path of travel. When playing PC games, you’ll want rapid actuation that is smooth and light to feel comfortable.

Unsurprisingly, pressing a clicky switch causes it to create a clicking noise. The key travel has a noticeable bump, and there is a click that signals when the keyboard has successfully detected your keystroke. A lot of people either adore clicky switches or loathe them. You should probably stay away from these if you work in an office, since they could irritate your coworkers. However, utilising them has a really gratifying and typewriter-like feeling.

Typical switch colours and their meanings

The most common way to identify key switches is by the colour of the switch stem, which confuses novices even more. Once you grasp it, though, it’s quite simple to comprehend. Since Cherry is one of the most established brands in the industry, the colour scheme usually adheres to Cherry’s standards. These are the most common choices you’ll come across.

On gaming keyboards, red switches—the most prevalent linear switch, quite silent, and widely used—are used often. They are well-liked for their quick responsiveness and comfortable feel. The switches on Razer keyboards are yellow.

The most popular sort of clicky switch is blue, which has a loud, proud typewriter feel. For those coming from a cheap rubber-dome keyboard, they are one of the most thrilling switch kinds, although the noise might be too much if you are working among other people. This has a green switch in the Razer version.

Brown switches are a common tactile alternative since they provide part of the blue switch feel while making less noise. These are regarded by many typists as the ideal halfway point between blue and red switches. an orange switch, according to Razer.

Although black switches need greater force to trigger, they are linear and perform similarly to red switches. These are arguably the least frequent switch kinds, but if you’re a very heavy-handed person, you might prefer them.

The fun doesn’t have to stop there; those are only the common switch kinds mentioned. For those seeking something a little more unusual, there are several different exotic switches available. There are too many varieties to list them all, but we’ve included a list of some of the most well-liked choices below.

In between a mechanical switch and a rubber dome, Topre switches offer a distinctive electrostatic capacitive design. They frequently have tactile switches with a larger bump than a Cherry MX brown. These switches, which are well-known for producing a pleasant “tick” sound, may be found on keyboards made by RealForce, HHKB, and occasionally Cooler Master.

The layout of the famous IBM Model M keyboard, which is the basis for the bulk of modern keyboards, was created using buckle spring switches. Unsurprisingly, buckling spring switches use a spring that buckles when the key is depressed. It’s not good for serious gaming because it makes a very nice sound but takes a long time to recognize repeated strokes.

On the other hand, optical switches are only focused on game performance. The depth of the keystroke is registered by optical sensors, so each key may be used as a pressure-sensitive control, similar to the analogue triggers on an Xbox controller. If you’ve ever wanted to use your keyboard to play racing games, these switches are for you.

Which Mechanical keyboard switch would be best for you?

Unfortunately, only you can provide an answer to it. Everyone has distinct preferences for the sound and feel of their keyboard. For instance, whereas most people would recommend Mechanical keyboard red or silver switches for gaming, we like Cherry MX brown switches.

The explanations above should give you a decent indication of what to anticipate and, perhaps, help you focus on what would be the best option for your requirements. But ultimately, it’s all about the feel, and the only way to judge that is to give some a try. While you wait, you might like to read our recommendations on the best keyboards available, as well as the best gaming keyboards you can buy.

How to Change Spotify Username in 2022 – Techstation